The pink cherry blossom in

is a special natural event in the first warmer days of April. Countless cherry trees unfold their full flowering splendor in the first warmer days of April and transform the streets into a sea of pink flowers. Bonn´s old town is the creative handcraft and citizen´s district and the original artisan quarter with old pretty houses, cobblestones,small shops, pubs, bear breweries, cafes and restaurants.

Take a 5-minute stroll through Bonn’s old town to the pedestrian area of ​​Bonn City.

Sightseeing and seasonal events like the concerts “Beethovenfest”, Rhine in Flames and Pützchensmarkt, attract thousands of visitors to Bonn. 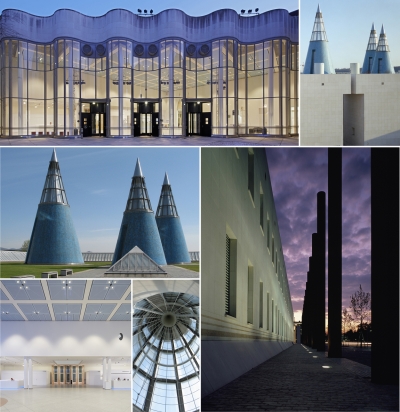 100 meters from the hotel to August-Macke-House & Bonner Kunstverein

550 meter from the hotel to Frauenmuseum

Beethoven’s births-house in the small Bonngasse shows the most important collection of original manuscripts and instruments. Beethoven’s baptismal font is in the Remigius Church in the parallel street “Brüdergasse”. Among other things, the baptismal font gives its name to a series of concerts by the Beethoven-Orchester Bonn. More about the  Beethovenfest 2019

You walk from the hotel to the Beethoven house and baptismal font in 6 minutes.

Click for tips for sightseeing & current dates on Bonn Region.

This website uses cookies to improve your experience while you navigate through the website. Out of these cookies, the cookies that are categorized as necessary are stored on your browser as they are essential for the working of basic functionalities of the website. We also use third-party cookies that help us analyze and understand how you use this website. These cookies will be stored in your browser only with your consent. You also have the option to opt-out of these cookies. But opting out of some of these cookies may have an effect on your browsing experience.
Necessary Always Enabled
Necessary cookies are absolutely essential for the website to function properly. This category only includes cookies that ensures basic functionalities and security features of the website. These cookies do not store any personal information.
Non-necessary
Any cookies that may not be particularly necessary for the website to function and is used specifically to collect user personal data via analytics, ads, other embedded contents are termed as non-necessary cookies. It is mandatory to procure user consent prior to running these cookies on your website.
SAVE & ACCEPT

… is fitted with a wardrobe at the entrance door and a second wardrobe or even a walk-in wardrobe in the room. There are a well-lit workplace and sitting area, modern bathroom with storage and rain shower, rain shower plus extra tub bath or tub/shower combination, very comfortable box spring bed, 3- satellite HDTV, Blu-ray-player, free WiFi and LAN, own doorbell and intercom, laptop safe and mailbox. The smoke detectors are directly connected to the fire department. That’s guaranteed security around the clock. The smoke detectors distinguish between water vapor from pots and dark smoke.

Starting with room lighting to the cleaning service, we offer 100% quality and in advance 100% transparent rates. Long-term stays are valid from 7 nights stay. The daily housekeeping includes garbage disposal, replacement of toilet tissue and fresh towels when ever you like for bathroom and kitchen. The complete cleaning is set to a fixed weekday. You also do not pay for a final cleaning on departure. WiFi & LAN & TV are inclusive. If you want more, like our fine breakfast buffet, parking in the hotel garage, please order at the reception; of course all our services are always at your disposal.

Let our laundry service wash your clothes. We wash, dry and iron with economic machines. Shirts and fine clothes we give out of the house. Leave at the reception until 10 o’clock on weekdays, the clothes will be brought fresh and clean to your room in the evening.

To ensure your peaceful sleep with a good air exchange, we have equipped our beds with high quality hypoallergenic duvets. Also synthetic blankets are available on request. The pillows are basically synthetic and antiallergic. The floors are not covered with carpets and therefore hygienic.

Children up to 7 years stay free of charge in existing beds. For extra terry towels, we take care of course.

A maximum of one baby cot or one children bed is available for Standard & Business (Superior) Studio Apartments.

In the Deluxe Studio Apartments, two children aged 7-12 years sharing the Sofa bed pay each 50% of the adult fee. For the third child up to 6 years you book an extra cot or an extra bed for € 25,00 / week.

Please register your children in advance and give us the opportunity to prepare the beds.

Extra beds are not available from 13 years. The children count like adults.

… are additionally equipped with Viscotherm mattress toppers. The material has a soft touch, comes from space research and fits the body in a supportive way.Together with the incomparable convenience, the toppers provide pressure relief and very good moisture exchange which is a great advantage, especially in summer.The toppers are very easy to clean, skin-friendly, neutral allergen and offer the best possible hygiene.